Is Quinoa Paleo? It depends on who you ask. Quinoa is what’s referred to as a pseudo grain; a seed, technically, but eaten like, and somewhat similar to a grain. Even though it’s technically a seed, many in the Paleo community don’t consider it Paleo because of the saponins it contains that can make it difficult to digest. For that reason, I won’t call this Quinoa Tabouli Paleo, but I won’t tell you not to eat it, either. I absolutely do, and my body and taste buds are both happy about it. 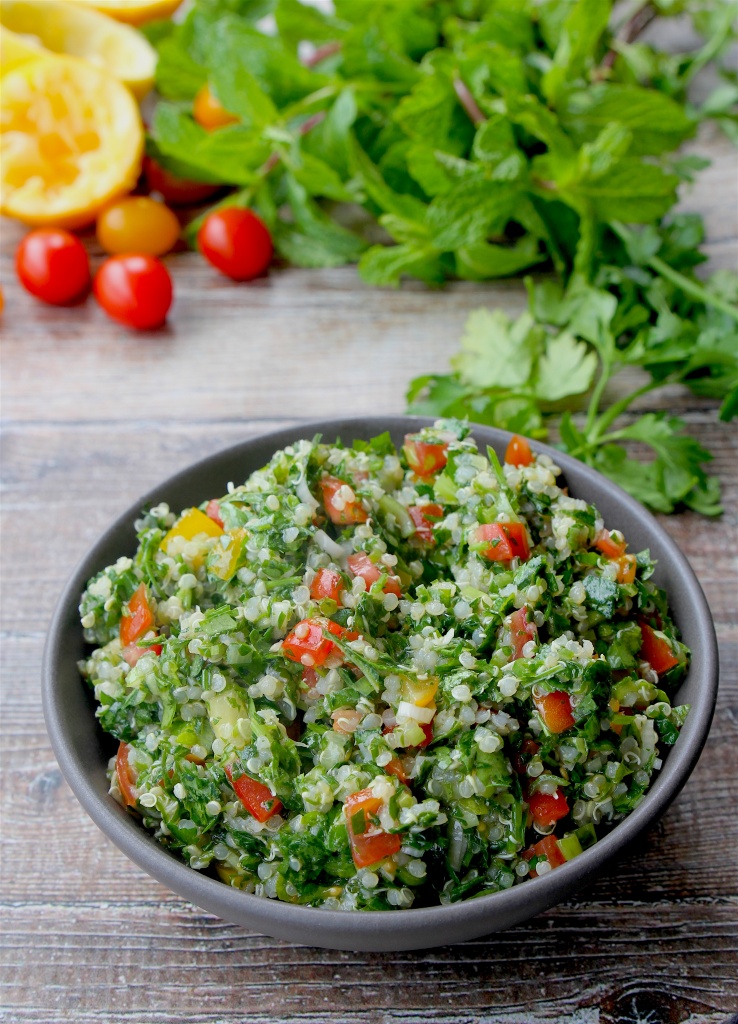 What I will say is that this Quinoa Tabouli is gluten-free, vegan, and nutrient-dense.

While parsley has been way over used as a less-than-beautiful garnish, it’s better suited in the food, given it’s nutritional profile: high in Vitamins A, K and C, potassium, magnesium, manganese, iron, and folates. For something that has almost zero calories, it packs a pretty serious nutritional punch! 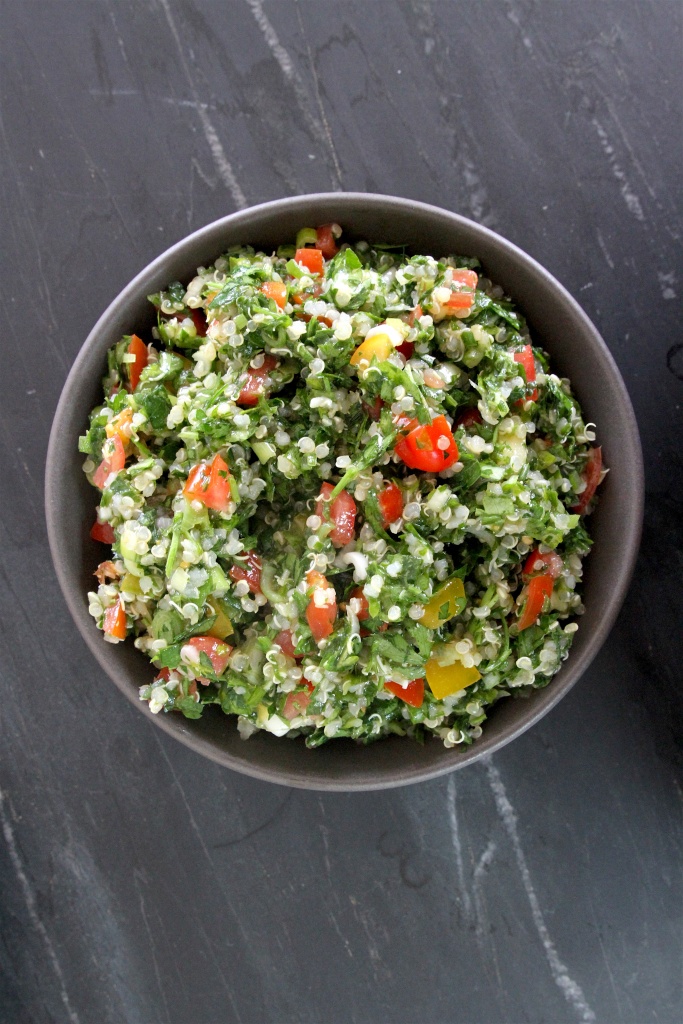 Traditionally, Tabouli is made with bulgar wheat, which is most certainly not Paleo, nor is it gluten-free. Since Tabouli is one of the foods I find myself missing, I’ve been making this rendition – Quinoa Tabouli – for the past few years. 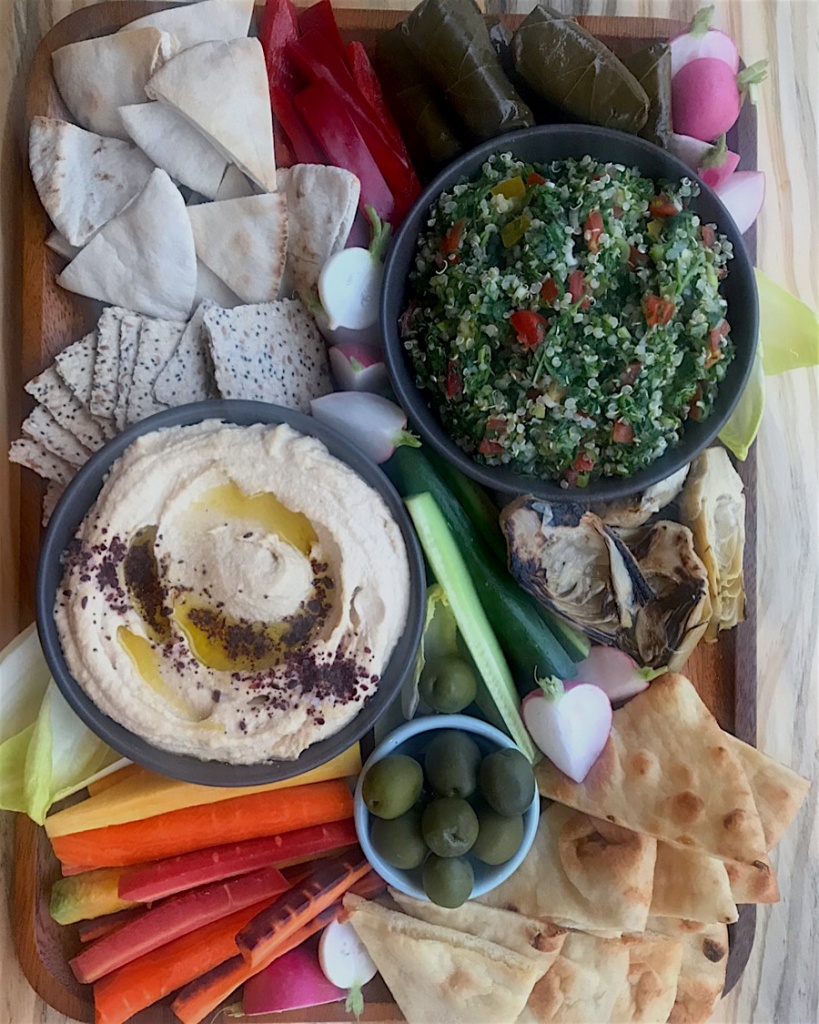 I’m a big fan of grazing, so a Mezze platter is one of my favorite things to make when I’m throwing a party or having people over for dinner. In the case of the one I made the other night, Hummus and Quinoa Tabouli were the cornerstones, which were surrounded by fresh veggies, olives, grilled artichoke hearts, dolmas, pita bread and crackers. It’s so simple to make and there’s something on it for just about everyone.

Looking for a Paleo Hummus recipe? My Butternut Squash Hummus is my favorite (and I’m not even a big fan of squash!) If you’re okay with garbanzos, Ottelenghi’s recipe is the best homemade hummus I’ve made. 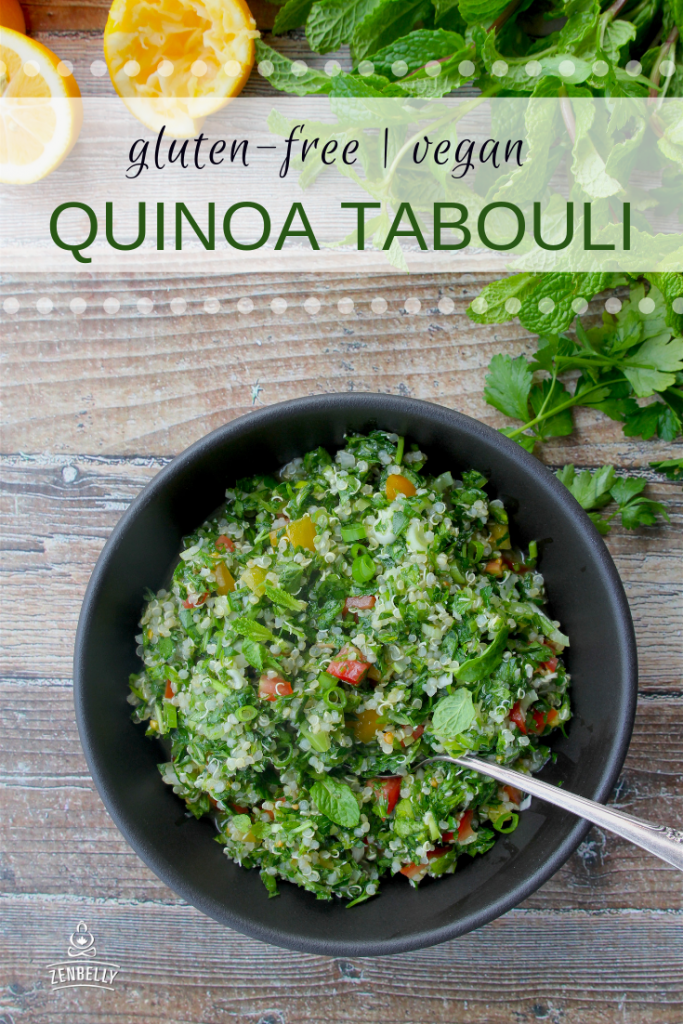 To make the quinoa:

To make the Tabouli: 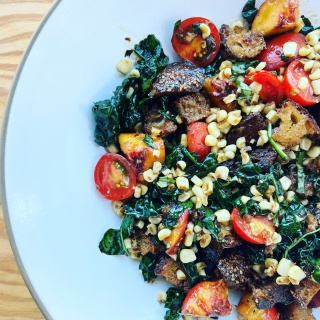